“TAGBILAT???” then all the drivers started out-wide explosive and unconstrained laughter after hearing a vulgar-like word out on the street. I couldn’t blame them for their outrageous reactions for I, myself, couldn’t believe that such a waterfall was named after that. For non-Bisaya speaking people, the root word of “Tagbilat” which is “Bilat” is a female reproductive organ and that explains why all the drivers were bursting their laughter all throughout the conversation.

Then out of nowhere, someone bluntly shouted, “Asa diay si Oten? Kahibaw to siya kon asa ang Tagbilat. (Where’s Oten? He knows where Tagbilat is.)” That remark caught us all off guard which added more sizzling humor on the current brewing topic and made everyone laugh even harder in an instant than already was. I and my friends all laughed on these nasty topics of the locals. And again, for non-Bisaya speaking people, “Oten” coincidentally refers to a male reproductive organ to which they playfully added to the topic of “Tagbilat”. It was humorous though. We thought it was a joke but it wasn’t. Oten is a real person which in fact knows or is familiar with the waterfall. Such naughty coincident. Sadly, Oten wasn’t around town that time but thankfully our drivers from Situbo Falls know the place. How lucky was that! The next morning, when the air was damp and cold, our excitement and enthusiasm heated up our spirits to score our third waterfalls on this road trip.

It was almost 6 in the morning. There was this silence while cruising the winding highway to Tagbilat Falls. Aside from our bodies longing for the soft and cozy sides of our beds, we were stuck in awe of how beautiful the early morn was on this side of the country. I never had a morning cruise on the other roads of Mindanao except for the ones I had in my hometown. Though we occasionally talked with the driver and my partner, the crazy vastness of the rice fields, the hills, the hillsides, the fog looming behind the trees, and the towering mountains in between the highways were keeping us this way to mesmerize the innate peace of Mindanao. We arrived at the heart of Titay, Zamboanga Sibugay before trouncing the rough roads mixed with rocks and muds. The bouncy ride after passing the town wasn’t long until we stopped at the roadside where there’s a signboard “Tagbilat Falls”.

We hopped out of our habal-habal and trailed the way that led us to the lush vegetation of rubber trees and bamboo plants. The trail then paralleled on this deep green river known as Tagbilat River. A short walk beside its riverbank with tall timbers and bamboos on the side enhanced the picturesque view of the trail. A little tail down the river, we’re finally witnessing the virgin wonder of Zamboanga Sibugay and were dazzled by how grand Tagbilat Falls is. 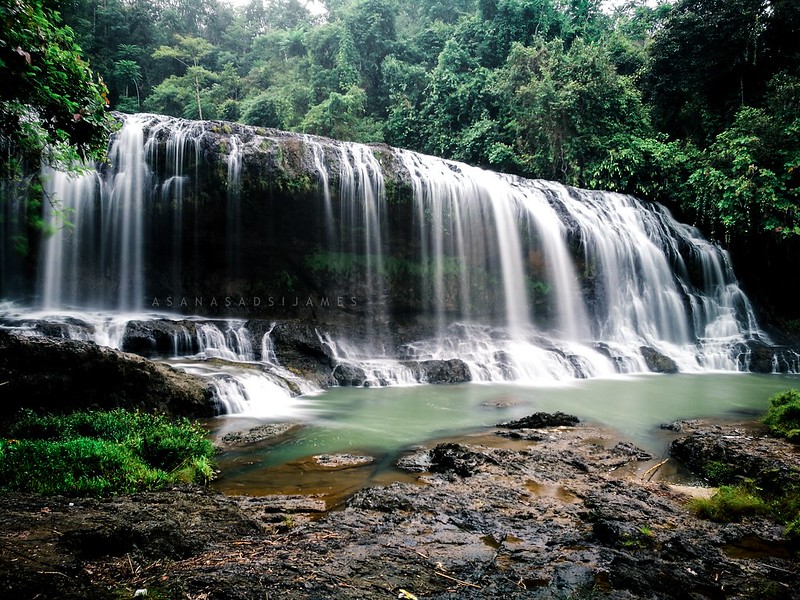 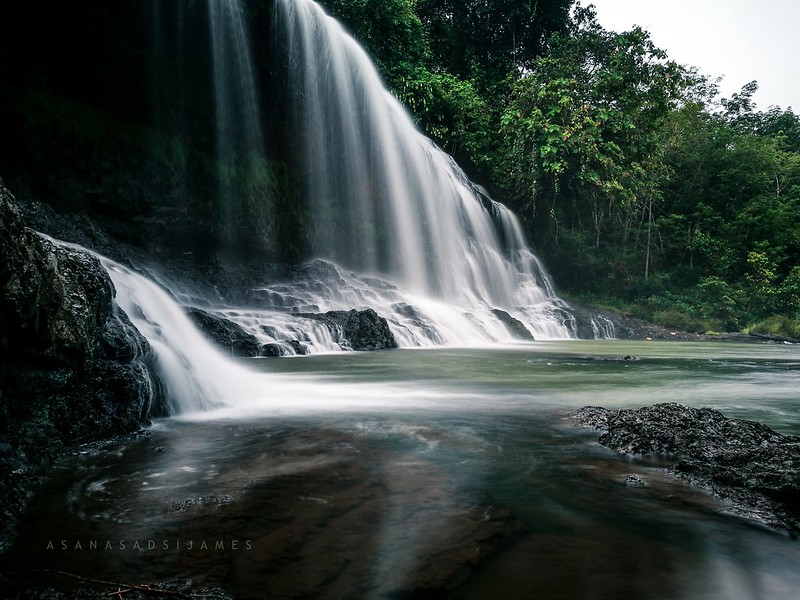 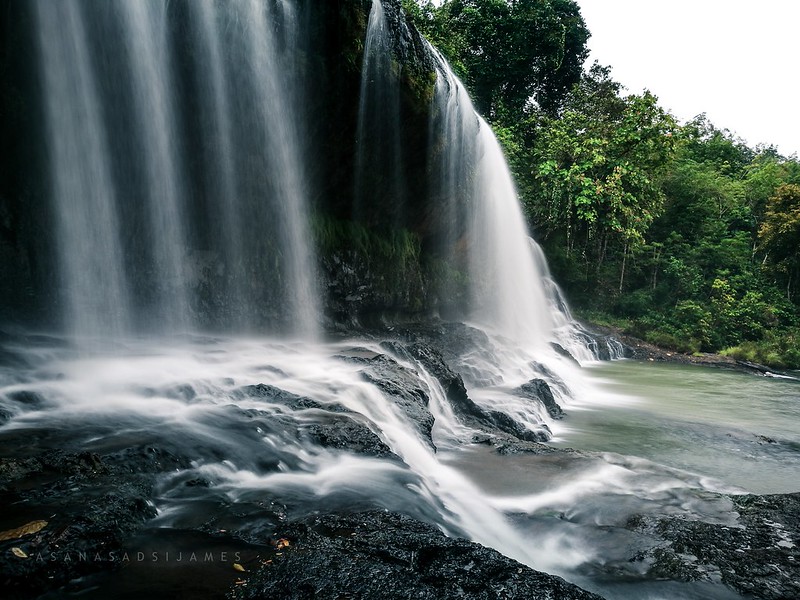 The cloudy weather created a perfect contrast of dark forest hues surrounding the whimsical curtain of white water surging as the deep green river meets its end with gravity. A lone small cottage stands still in adjacent to the waterfalls giving a seamless panorama of the place. The light breezes brushed our faces that seemingly inviting us to its water. We scouted the area through the thick bushes lavishing near the falls, traipsed our feet between slippery rocks, and sprung over some washed up logs and woods. 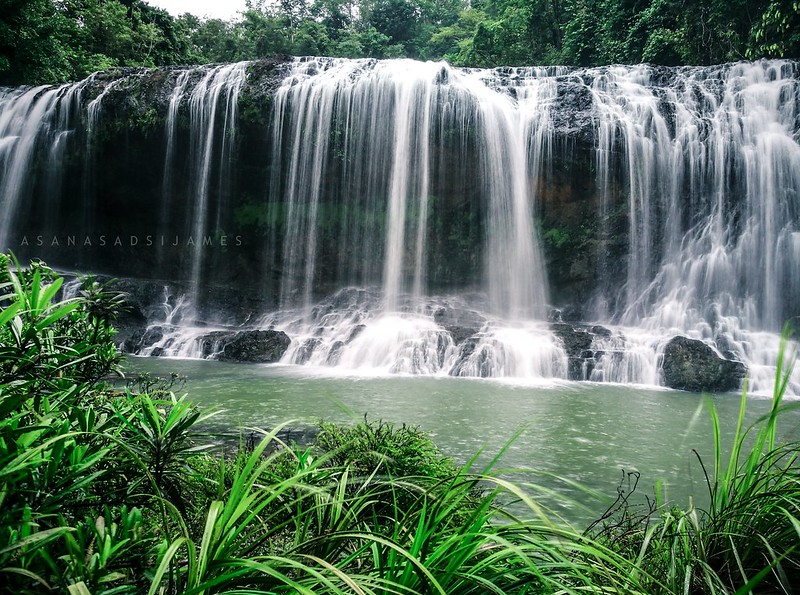 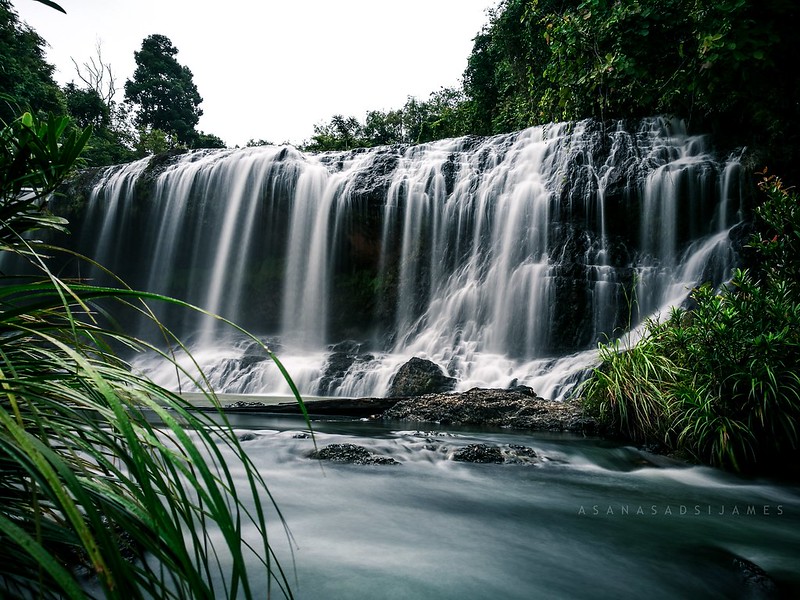 Moving closer to the far edge of the falls, the incessant roaring of the water got louder and louder, and the more enthralling the waterfall becomes from this perspective. Then, I noticed that Tagbilat Falls has a similar feature to Tinuy-an Falls of Bislig, Surigao del Sur. Though I’ve never been to Tinuy-an Falls and only seen it through online pictures, the similarity they share is the way both waterfalls span wide from edge to edge. It really looks like Tinuy-an Falls but on a medium scale. We spent less than an hour near the waterfalls, capturing this virgin wonder’s raw beauty, before leaving the place. 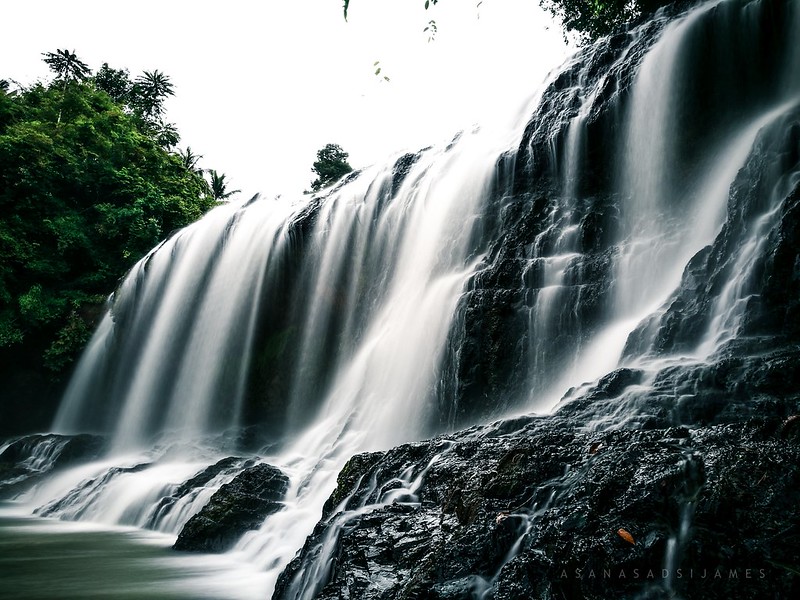 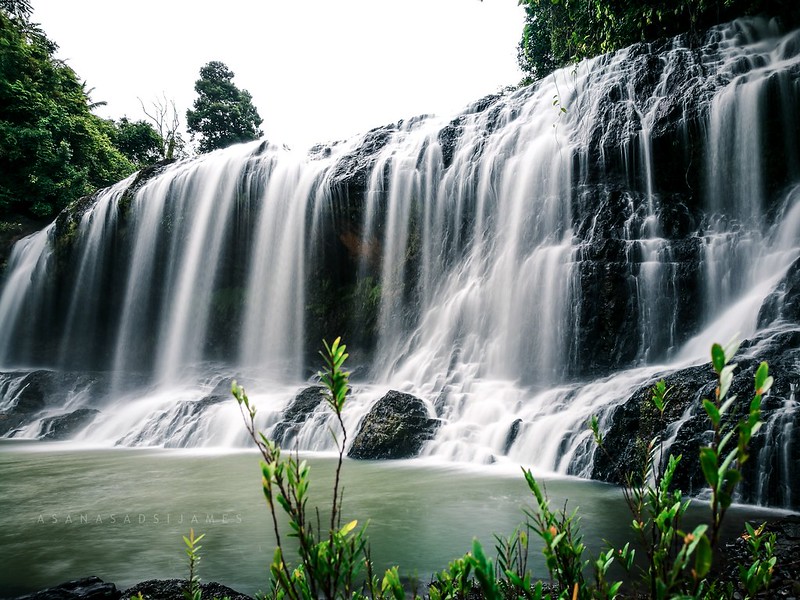 On our way back along the river, we saw a middle-aged couple, a local from the area, traversing the depths of the river. Given by its deep green color, surprisingly the river is only below waist high. I recalled reading a blog about the river’s and waterfalls’ namesake. Tagbilat is a local term slightly shortened from the word tagabilat which is a clever way to measure the river’s depths. It literally translates to ‘up until the maiden’s vagina’. Knowing some interesting and bizarre facts about a place urge my desire to know more and to venture out more in these kinds of hidden gems.

HOW TO GET TO TAGBILAT FALLS 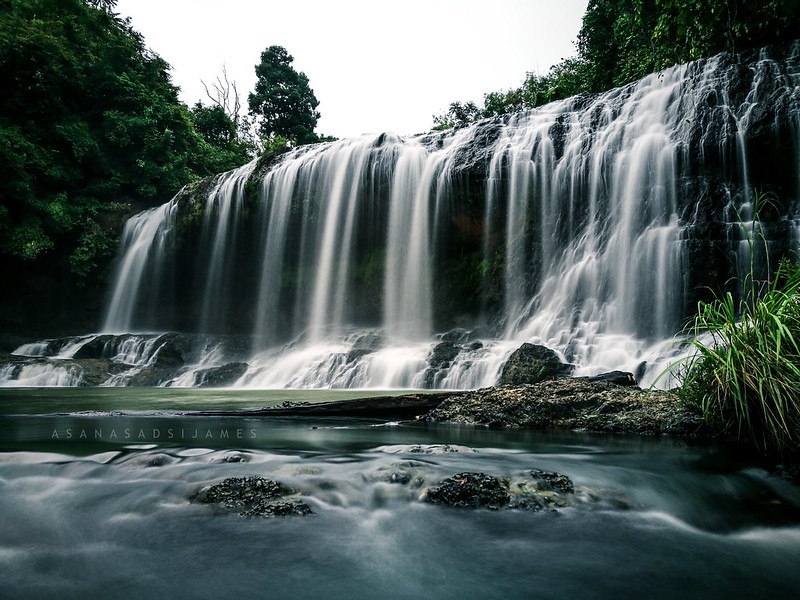 Yet another border town of Titay, Zamboanga Sibugay humbles its hidden gem of Tagbilat Falls. Though popular to locals and none to tourists, this waterfalls will surely entice every waterfall junkie around the world. 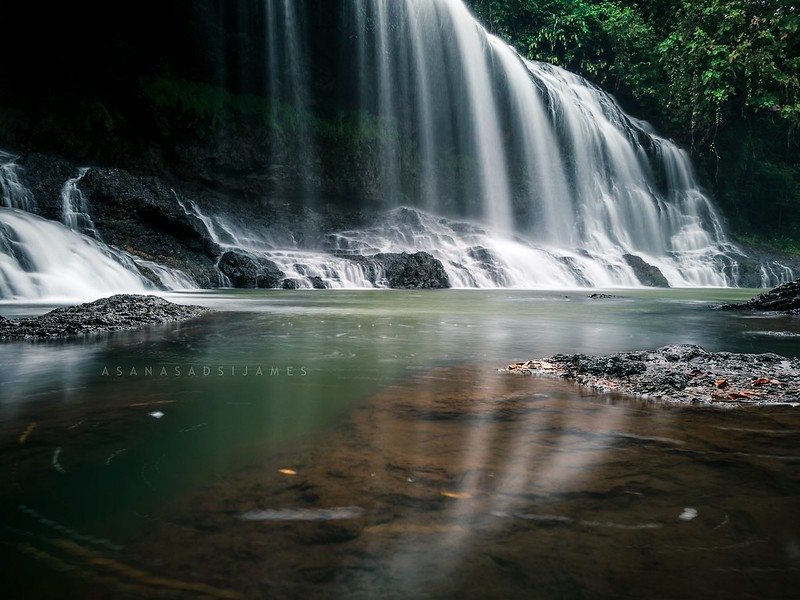